“Attack the Zombie at their hand, not the elbow.”

The Zombie is often the most basic first step a rubber guard player will look for after securing Mission Control. Yet I feel most are attacking for the Zombie in a way that’s easy to defend.

Most will try and dig under the elbow in an attempt to get under the arm and secure the Zombie. They might use various setups to loosen the elbow (Crackhead, Invisible Collar, switching Mission Control) but all of these setups are geared towards loosening the elbow.

Instead, I personally attack for the Zombie at their hand. Since they are so much weaker at their hand, it’s very hard for anyone to defend my attempts for a Zombie. Their attempt to defend my Zombie attack will also help better setup a Dead Orchard for me because I’m attacking at the hand and not the elbow.” 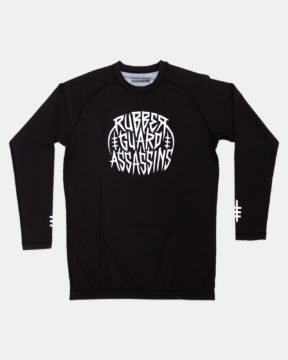